Just like there are different languages in the world, there are also different VPN protocols. Let’s take a look at the most popular protocols and their benefits and downsides.

We weren’t satisfied with the existing protocols that most of the VPN industry uses today, so we decided to develop our own. Most of the top VPNs are very secure, but they suffer from high latency. In other words, there can be a fairly long delay in between the time that data is sent and when it’s received.

Our challenge was to find the ideal balance between speed and security. After a lot of real-world testing and optimization, we developed the Hydra protocol. It works on all major platforms and provides a super secure connection that’s 2.4 times faster than OpenVPN, over long distances.

An independent third party ranked Hotspot Shield VPN as the fastest overall VPN service, out of all the consumer and enterprise grade VPNs in the study. But don’t take our word for it, give it a try right now and see for yourself. 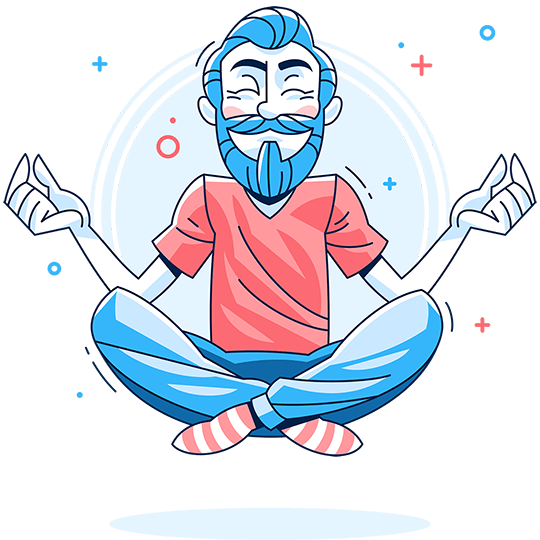 The VPN protocol to avoid

Point-to-Point Tunneling Protocol (PPTP) is one of the oldest protocols that is still widely used today. The only benefit of this protocol is that it’s blazing fast. However, it’s not secure.

Some VPN services still use this protocol, so be sure to double-check before you sign up. It’s extremely risky to send your data over PPTP.

Insist on only the best VPN protocol

As you can see, the Hydra protocol solves the issues of speed, security, compatibility and ease of use, that affect many of the widely used VPN protocols available today. Other VPN services allow you to switch between protocols in their software because they know that each of these protocols have their weaknesses. But what if you want to access your bank’s website and forget to switch back to the more secure (but slower) protocol? That could end badly.

We only offer one protocol because it’s the only protocol you’ll ever need. Give it a try for 45 days and if you don’t absolutely love it, we’ll give you a full refund.

We’re so confident you’ll love everything about Hotspot Shield, you can try it completely risk free for 45 days