What Does Your Internet Service Provider (ISP) Know About You? 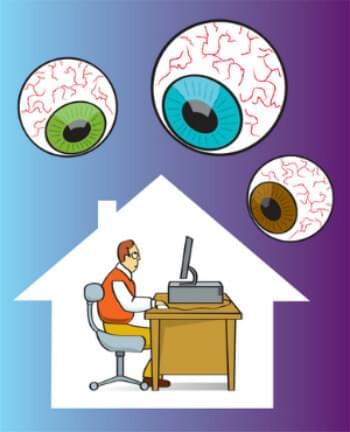 As a “virtual mailman” of the Internet, your Internet service provider (ISP) knows the addresses on everything sent and received by your computer.

Depending on where you live and the specific rules of your ISP, it could know a lot more than your IP address. In fact, ISPs are even being called the new bouncers on the Internet. They are beginning to enforce the rules regarding the type of content you have access to.

ISPs are Much More Than Your Average Mail Carrier

Imagine the Internet as a global postal service. Your ISP has the role of the mail carrier; it ensures you receive your incoming mail and sorts your outgoing mail so each virtual piece is sure to arrive at the correct destination. So, not only does your ISP have your Internet protocol address, or IP address, it also has the IP address of the person you’re exchanging data packets with. The IP address identifies and locates every Internet connected device. ISPs can pair a computer’s IP address data with a time stamp revealing when as well as how long the device was online. Also, they may keep track of the volume of data packets sent out and received by your computer. Think of each packet as a registered letter in the hands of a postal clerk. The ISP knows the sender, the recipient and the number of letters mailed. It is all theoretically anonymous because the ISP tracks activity by the IP address of each device in their network as opposed to the person behind the device. But, since the ISP knows each subscriber and the IP address of their computer. Well, it’s not difficult to connect the dots from there.

It’s Just a Question of Time for Your Personal Data

Does my Internet provider know what websites I visit? Yes; your ISP has data on your Internet activities. Now the question becomes: How long should an ISP keep that private data? Well, the amount of time an ISP keeps the data varies by company and country. In the EU, the Data Retention Directive requires telecom companies to keep data logs for up to two years. This includes data on the source, destination, date, time and equipment used for emails, phone calls and text messages. The European Commission concluded that “retained telecommunications data play an important role in the protection of the public.”

This has raised the hackles of a few member countries. Most notably, Germany, which considers it an invasion of privacy. Not only did the German Constitutional Court throw out the law, Germany has not implemented a reasonable substitute, at least according to the EC. Last May, the EC asked the European Court of Justice to levy a daily fine of € 315,036.54 (almost $428,000) on Germany for not falling in line.

Transformation into a Bouncer

In the United States, ISPs are about to be transformed into bouncers, thanks to the new Center for Copyright Information. This group consists of the Motion Picture Association of America (MPAA), the Recording Industry Association of America (RIAA) and five of the biggest ISPs: AT&T, Cablevision, Comcast, Time Warner Cable, and Verizon. The Center’s goal is to cut the rate of online piracy. It aims to go about it in a better way than in previous years.

The Center will sniff the Internet for packets of copyrighted materials, as well as the IP addresses of the sender (visible on open P2P file-sharing networks). Next, they will inform the ISP of potentially illegal activity concerning one of their IP addresses. This will set off a six-strike set of warnings from the ISP to the IP address, which could culminate in the subscriber losing his or her Internet connection.

While this is a kinder, gentler approach than France’s, “Three strikes and you’re out” policy against Internet piracy; it has some people worried. Douglas Rushkoff, a media theorist and CNN columnist, thinks the Center will put ISPs in a new role of monitoring content as well as punishing offenders. This is likely to contribute to subscribers’ decreasing expectations of privacy from their ISP and adding to their suspicions that ISP monitoring of online activity is becoming the new normal.

Just Do it in a Tunnel

So, your ISP has access to IP addresses. In addition, there’s the possibility of your ISP monitoring other things in the future. Knowing this, do you think it’s worth fighting for the protection of your data? Many would say yes. One way to cut the information available to your ISP is to use a reliable, fast virtual private network (VPN) such as Hotspot Shield. So, does my Internet provider know what websites I visit? If you want the answer to be no, then Hotspot Shield has you covered.

With Hotspot Shield Free VPN turned on, your ISP can only see that you are communicating with a Hotspot Shield proxy server. Your ISP cannot see the IP assigned to you by us or determine who you are communicating with. Furthermore, your ISP can see the volume of encrypted data flowing to and from your computer without the ability to read it or identify the type of secure data being sent. This is not such a revolutionary idea. In the analog world, trusted mailmen are hired to deliver the mail, not to read it.