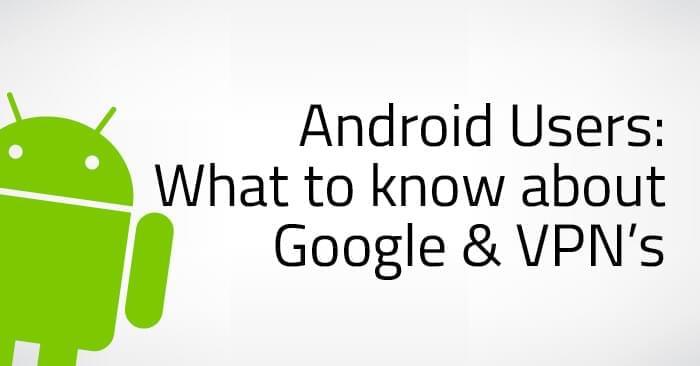 Google and VPN: What Could It Mean for Android Users?

The battle between iOS and Android is a multifaceted one that involves features, functions, hardware design, app availability, and a host of other factors. One key player in the battle is security. Viruses and malware that infect iOS are rare while Android devices have more security issues. However, the latest advancement from Google could change that. A Virtual Private Network (VPN) service may be on the horizon for Android loyalists.

A reviewer for Pocketables, a tech website, stumbled across the secret when while exploring the latest Android update. The application, named “Google Connectivity Services,” is a juicy bit of code that reveals a possible future Google VPN service. eWeek relates, “Pocketable’s reviewer placed a shortcut to the application on his device’s home screen using QuickShortcutMaker and then launched the application. The action prompted a pop-up message informing the user that: ‘To help protect you on open WiFi networks, your data will be transmitted securely through a Google VPN.‘”

Disappointingly, when the review tapped the “got it” option in the app, nothing happened. The obvious conclusion, of course, is that the idea is still in its nascent stages. The other tappable option, “learn more,” doesn’t reveal any further details about the up and coming service.

A VPN for Google MVNO?

When and if the Google VPN comes to light, it may not be available to all Android users. In fact, it may only be available to people who subscribe to Google’s Mobile Virtual Network Operator (MVNO) service. An MVNO service is something like Tracfone, where a company uses the networks of big name cell phone service providers like Verizon or T-Mobile to sell its own wireless services.

Cell service from Google? It will happen, although the release date and the devices it will work with remain unknown. The wireless service, now called Nova, would likely appeal to more people if they knew it came with a trusty VPN.

Can we know anything for sure about the Google VPN and its relationship with Nova? The website Android Police says, “The code present in this application is primarily for implementing protocols and communicating with remote services, but it’s indisputably meant to talk to Nova.”

Not only would a VPN help Google protect Nova users, but it would also help Google to gather valuable data on the quality of various public Wi-Fi networks.

Will It Become a Reality?

The Pocketables reviewer who discovered the code for the VPN found it on a Nexus 6 device, which were the first to receive the Lollipop OS. It is possible that Google is waiting to roll out the VPN until more devices have Lollipop, or the tech giant may want to try it out for a while before they make it available to non-Google Android devices.

Another possibility is that Google is waiting for the Nova rollout before it dives headlong into providing a VPN.

No one outside of Google knows what the future holds for the VPN. Google may even discontinue it before it hits the mainstream, as they did with their App Opps service.

As Gizmodo explains, “VPNs, or Virtual Private Networks, allow users to securely access a private network and share data remotely through public networks. Much like a firewall protects your data on your computer, VPNs protect it online.”

When you consider the perks that come along with using a VPN, it’s easy to see why the application that Pocketables discovered is creating so much buzz in the tech world. Android users love the OS for its customizable options and its other advanced features, and having an extra layer of security to protect them while they’re on public Wi-Fi would be another big reason to stay loyal to the platform. Many businesses put data privacy as a primary concern, so a VPN could even draw in more corporate customers for Android.

Because the future of Google’s VPN is hazy, Android users shouldn’t depend on it to protect them when they’re using public Wi-Fi — especially not before the service is even official. Download Hotspot Shield for Android to guard against malware and prying eyes. It connects you to secure servers so you can surf the web anywhere, on almost any kind of device, without worries. It’s also available for iOS, PCs and Mac devices. Visit www.hotspotshield.com to learn more.