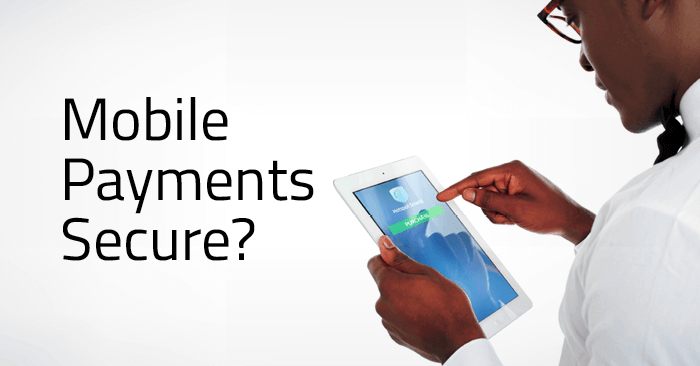 How Safe is the Digital Wallet on Your Smartphone?

While the digital wallet concept and various apps have been in use for years, few people have really embraced the technology. This may be due to the limited number of merchants who accept wallet apps, or technology barriers that prevent seamless integration between various apps and networks, or a low level of trust in the safety and security of digital wallets.

Apple’s entry into the digital wallet market may change all of that by capitalizing on its excellent reputation for simplicity and its huge and loyal following. As more people and merchants embrace digital wallet technology, how will safety and security be affected?

What is a Digital Wallet?

To understand the security issues with digital wallets, it’s important to understand exactly how digital wallets work. Currently, most applications link bank account, debit, and credit card information to a smartphone app to allow consumers to simply wave or tap their phone to complete a transaction. PayPal is the giant in the market currently, but other companies are trying to chip away at PayPal’s market share. The Google Wallet, MasterCard PayPass, and Square Wallet are all aggressively marketing their apps.

How is the Technology Evolving?

The Apple digital wallet will take the purchasing experience to the next level by allowing users to combine not just cash and credit accounts, but also customer loyalty points and other forms of non-cash currency to let consumers choose various combinations to pay for their purchases. The idea is to let customers buy the things they want any way they want. It’s easy to see how digital wallets will become more attractive as the technology evolves. Once these transactions become seamless and secure, developers expect digital wallet usage to explode.

How Widespread is Digital Wallet Usage?

The current state of digital wallet technology is a bit hit-and-miss, which probably leads to its perception as less safe than traditional debit and credit cards. Starbucks, for example, signed a high-profile deal with Square to accept digital payments via apps on iPhone and Android, and Home Depot teamed up with PayPal to offer mobile payments, but most major chains have yet to accept digital wallet payments.

The major impediment to more mainstream use of digital wallets is that there is no one application accepted everywhere. Of course, smartphone users can easily download several different digital wallet apps in order to have one that works with every merchant that accepts one, but that is confusing and awkward and defeats the purpose of a virtual wallet.

Another impediment to more universal digital wallet adoption is that high-quality mobile coverage is far from comprehensive. Even Verizon’s 4G network only provides coverage to about 75 percent of the country. Customers shopping in areas with poor service will be out of luck at checkout time if they are relying on a digital wallet.

Not Many People Understand or Use Digital Wallets

Analytics firm ComScore surveyed more than one million consumers about their knowledge of digital wallets. While a majority had heard of PayPal, barely half had heard of any other apps like Level Up, Square, V.Me, or Google Wallet. A strikingly small 12 percent had ever used any of the applications at all. Of those who had used the technology, PayPal was the runaway favorite, while second-place Google Wallet had been used by only 8 percent of the survey subjects.

The study found that the number one concern preventing more digital wallet usage was fear of being hacked. A whopping 93 percent said that digital wallets would be safer if they had to be unlocked with a passcode, even though that feature is available on every digital wallet application currently on the market. The study revealed a high level of uncertainty about how the applications worked and how secure they were.

What Are the Risks Involved with a Digital Wallet?

Data transmission across mobile networks is the least secure method, and transactions using a digital wallet will be subject to the risks inherent in any mobile transaction. There is also the risk of having your phone lost or stolen, jeopardizing your personal and financial information.

Perhaps one of the biggest risks with a digital wallet is the personal liability in the event of fraud. Most consumers who use debit or credit cards to pay for purchases have a level of protection from their bank or credit card company. Most do not hold cardholders liable for fraudulent purchases on their credit cards. This fraud insurance does not currently exist for consumers using digital wallets.

Bottom Line: Digital Wallets May Be Safer Than Plastic

Credit card fraud costs banks and credit companies over $8 billion a year. If fraud goes down as consumers adopt digital wallets, banks may get behind the technology and promote it as a safe alternative, which would lead to wider acceptance of the technology.

There are more 135 billion credit and debit card transactions globally each year. Digital wallet applications hope to take a bite from that market and grab a significant share of those transactions. Now that Apple has joined the competition to replace physical forms of payment, expect a sea of change in digital wallet usage. As more consumers understand and demand the convenience, more merchants will upgrade their technology to accept digital payments, which may ultimately — and ironically — provide more security and protection for consumers.