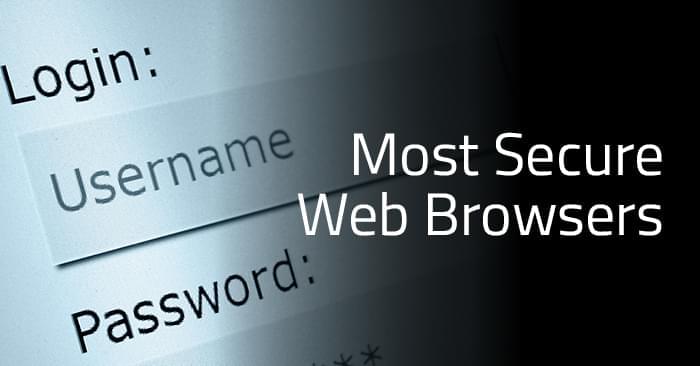 Most consumers have no idea how much information they unwittingly turn over to third-party data trackers when they surf the web with today’s most popular browsers. According to Chris Calabrese of the American Civil Liberties Union, “There’s a pretty big disparity between what folks think their privacy rights are online and what they actually are online.” There are huge holes in the privacy policies of most browsers, leaving consumers vulnerable to malicious actors and privacy invasions.

Security issues have evolved over the past several years, as people have become more oriented toward mobile use and public Wi-Fi hotspots become the norm for many web users. While voluntary Do Not Track policies and technology have been implemented by several major browsers, most third-party data trackers have resisted efforts to restrict the practice.

Google Chrome, the most widely used browser, has had more than its share of privacy controversies in the past year. Other widely used proprietary browsers such as Apple’s Safari and Microsoft’s Internet Explorer have more robust privacy policies; Safari has a third-party cookie blocker and IE implemented Tracking Protection Lists.

For users who prefer a higher level of privacy and security, there are other less well known browsers that offer more protection from insidious data trackers.

This free browser is built on the Chromium platform, so users familiar with Google Chrome will feel comfortable with the Epic browser. The browser uses active Do Not Track, and it does not store any browsing history; it leaves no trace of the browsing session. In addition, you can block your IP address and anonymize your web surfing by going through Epic’s proxy with a single click; trackers attempting to identify your location will see an address in New Jersey, the site of the proxy server. On the downside, however, Epic isn’t compatible with password managers and some websites don’t work correctly.

This browser’s green onion logo comes from the browser’s original name, the Onion Router. It was developed in conjunction with the U.S. Navy to enable anonymous Internet browsing. It works by directing a user’s web traffic through its network of Tor servers and encrypting it so its origins are untraceable. Tor is extremely effective at anonymizing browsing, but it isn’t built for security. People who use the Tor browser, especially on public Wi-Fi, should use Hotspot Shield security and privacy app as an extra layer of protection.

There are a few problems with the Tor browser, including its sluggish performance and its vulnerability to man-in-the-middle attacks. In addition, Tor is popular with people who need anonymity for nefarious reasons, so it’s on the radar of government surveillance agencies.

The Comodo Dragon browser is built on the Chromium platform, as well, and is a companion product to the Comodo firewall. The browser is free and offers “incognito mode,” which blocks all cookies and download tracking. Its latest version includes the PrivDog add-on, which sniffs out third-party widgets and networks, and includes web analytics tools that track surfing sessions. The browser did fail an anti-phishing test conducted by a software review site.

Aviator was originally developed as the in-house browsing tool by WhiteHat Security, but the company released it to the public recently in both Windows and Mac versions. Its default settings block cookies and other tracking agents and it also protects users from malvertising. Unlike other browsers, Aviator does not profit from online advertising; it has no ad partnerships and doesn’t sell user data. Shortly after its release, however, Google engineers criticized the product, claiming it had significant security holes.

The free Dooble browser is also based on the Chromium engine and is available in Windows, Mac, and Linux versions. Its default mode is the more secure HTTPS protocol. One unique feature is Dooble’s ability to allow users to encrypt bookmarks and browsing history using ciphers and a password. Most reviewers say it is faster than other high security browsers, but it lacks the refinement and features of other, more popular, privacy browsers.

No browser can ensure complete privacy and security. That’s why at all times, we recommend our users to turn the Hotspot Shield app “on” to ensure their data remains private and secure from the most intrusive data mining and tracking agents.