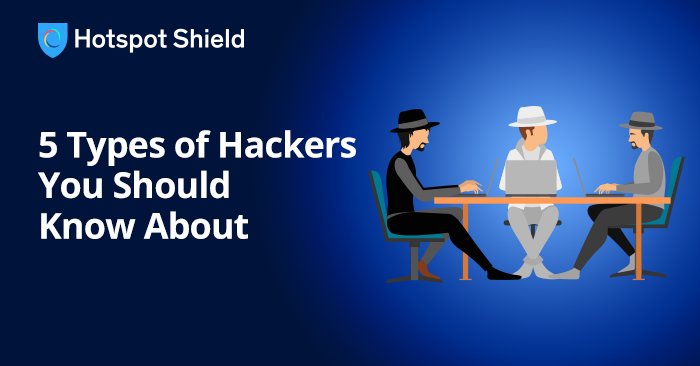 Cyberattacks come in numerous forms, and so do the hackers that launch them. Learning about different kinds of hackers not only gives you insight into their goals and  inclinations, but also enables you to identify what kind of attacks might be launched against you so that you can better defend yourself. Here are five types of hackers you should know about. People may wonder “How does a VPN protect you from hackers?”. The answer is quite simple: Hotspot Shield is a high-quality Virtual Private Network (VPN) software designed to encrypt your data traffic whenever you go online. This means you are invisible to hackers who may be trying to spy on unsuspecting victims in the same network, especially if you are logged on to unencrypted public Wi-Fi.

Shield yourself from hacks. Download Hotspot Shield VPN today. It’s available for free on Windows, Mac OS, Android, and iOS. For more information about cybersecurity, go ahead and check out our blog.