Thanks to Netflix, you have plenty of options to keep you entertained on weekends and whenever you have free time.

Netflix offers an abundance of awesome shows and movies available for streaming. It can get overwhelming!

To help you narrow down your selection, here’s a novel idea – How about selecting a movie or show to watch that suits your personality (based on Myers-Briggs personality test)?

(Note that Netflix is only available for viewing in the U.S. So If you are traveling outside of the U.S. or located in a country where Netflix is not yet implanted and want to access Netflix content, you can use Hotspot Shield to overcome the geo-restrictions. At the bottom, I will reveal how you can use Hotspot Shield to overcome geo-restrictions and access Netflix content from anywhere in the world.)

1) For the adrenaline junkie: The Man with the Iron Fists
Available March 31

If you’re into great action, kung fu, blood, decapitation, then watch the “Man with the Iron Fists.” Directed by Quentin Tarrantino, it has an all star cast, which includes noteable stars, Russell Crowe and Lucy Liu.

Set in 19th century China, the movie tells a story of a band of warriors who must unite to fight a common enemy and defend the villagers. The plot is rather simple. But the actions and special effects will get your blood pumping and adrenaline running.

“Unbreakable Kimmy Schmidt” is a hilarious comedy series about a woman (Ellie Kemper) who is rescued from a doomsday cult and begins a new life as a babysitter for a socialite in NYC.

Faced with my obstacles, Kimmy learns to adapt and make the best of her new life as she navigates her way around New York City.

You will find plenty of smart jokes and quirky humor, and will fall in love with the characters. Tina Fey unleashed all her creativity to deliver a show that will make you cry from laughing so hard. 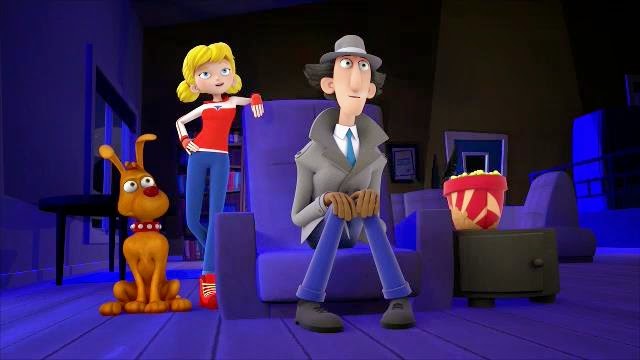 Inspector Gadget was a popular animated TV series among kids in the 80’s. Now, Netflix is bringing back the super-popular animated series to the U.S. with its 26 episodes remake.

The new show will feature a computer-generated new look of the inspector, as he teams with his niece to combat crime using updated gadgets.

One of the best perks of living in the Bay Area is the availability of delicious food from all different kinds of cuisines. I am a foodie and I love to eat.

But I never really pondered about the items that went into making the food and how they got delivered.

After watching this documentary, I was shocked to learn about the plight of farm laborers. Now, I can appreciate these farm laborers’ hard works for the abundance of food at affordable prices we get to enjoy in the U.S.

This documentary tells the story of the struggles of farm laborers, working like slaves under difficult conditions to feed the profits of big corporations.

I’m sure most vampire fans have probably watched Twilight over and over a few times. Now that it’s on Netflix, you can watch it anytime you want.

If you have an active account with Netflix and are traveling abroad or located in a country where Netflix does not offer its services yet, below are the step by step instructions to using Hotspot Shield to get access to Netflix’s content from any country.