One of the most awaited shows coming to Netflix this August is Marvel’s The Defenders. The series stars Charlie Cox as Daredevil/Matt Murdock, Krysten Ritter as Jessica Jones, Mike Colter as Luke Cage, and Finn Jones as Danny Rand/Iron Fist.

The four join forces—albeit reluctantly—for the future of New York City. Together, they must do battle with The Hand, an organization that first appeared during the first season of Daredevil. The Hand is an ancient clan that uses its sinister machinations to take over the heroes’ beloved city.

Serving as their foil is Alexandra, played by Academy Award-nominated actress Sigourney Weaver. The character has been described as intelligent, dangerous, and a powerful force in New York City — a type of villain that has yet to be seen in the Marvel Cinematic Universe (MCU).

Several actors from Netflix’s other Marvel shows are also returning for The Defenders. These include Elden Henson as Foggy Nelson from Daredevil, Rachael Taylor as Trish Walker from Jessica Jones, Simone Missick as Misty Knight from Luke Cage, and Jessica Henwick as Colleen Wing from Iron Fist.

However, arguably the most anticipated return is Jon Bernthal’s The Punisher. He first appeared in the second season of Daredevil, and how he figures in the story is a mystery at this point, given the fact that both the comics and Netflix versions of the character prefer to operate alone. The Punisher’s standalone show will premiere on Netflix sometime this year.

Developed by Doug Petrie and Marco Ramirez and executive produced by Drew Goddard, the first season of The Defenders has eight episodes and serves as the culmination of a story that started with Daredevil back in 2015.

The Defenders premiers on Netflix on August 18, 2017. Here’s how you can stream it outside the United States.

With a free yet high-quality Virtual Private Network (VPN) like Hotspot Shield, you can watch The Defenders from anywhere in the world.

Hotspot Shield is available on Windows, Mac OS, Android, and iOS devices. It can also be installed as a browser extension for Mozilla Firefox and Google Chrome. So what are you waiting for? Download Hotspot Shield now.

Open the Hotspot Shield app on your device and change your IP address so that your virtual location becomes a U.S. location. This gives you access to all of Netflix’s content even when you’re abroad.

It may take a few minutes for you to connect to a U.S. IP address, so be patient. The wait will be more than worth it.

Open your Netflix account and search for The Defenders.

While downloading it is completely optional, Hotspot Shield Premium does have a slew of benefits including:

If you’ve already completed the aforementioned steps, you can Netflix and chill in any corner of the globe. So what are you waiting for? Unblock Netflix now. 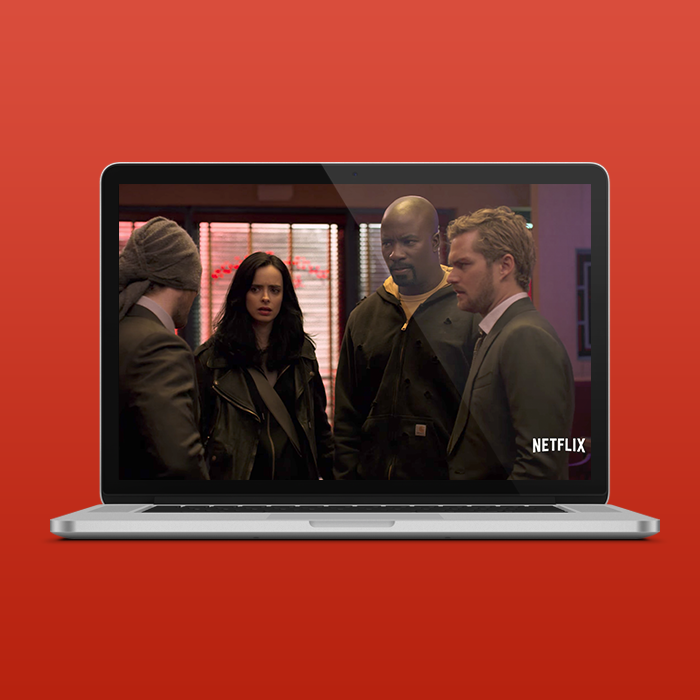 Download Hotspot Shield VPN and gain access to Netflix’s entire library of movies, TV shows, specials, and documentaries no matter where you are in the world. With our VPN, you’ll never have to worry about online security. It is packed with loads of safety features such as anonymous downloads, private browsing, and data encryption.