Did you know that Hotspot Shield has been downloaded almost 70 million times in over 170 countries? Internet censorship and privacy concerns are issues everywhere – and we’re proud to have a diverse user base from all over the world. It just shows us how critical open access to the Internet is.

It also motivates us to constantly improve our service.

We first started realizing the impact of Hotspot Shield during the Egyptian Revolution last year. The Mubarak regime cracked down on mobile and Internet communication, and we immediately saw Egyptian citizens downloading Hotspot Shield to bypass these restrictions to get access to blocked sites and Internet services such as Facebook, Twitter, and Google. Users in Egypt jumped from 100,000 to over 1,000,000 overnight. 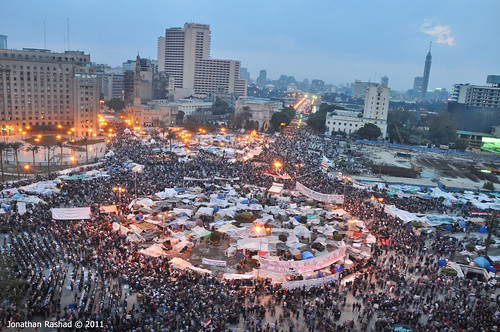 In many cases, Egyptians could access Facebook, Twitter, and Google the same day they were blocked by the government. Social media was an important tool for that revolution to succeed, and it’s gratifying to know that we were able to help.

It’s a great feeling knowing we helped in making the Egyptian Revolution become a worldwide phenomenon!

Where are you using Hotspot Shield from? How did you hear about us?

We want to reach more people and bring freedom, privacy, and security to the masses. Let’s make that happen by working together!